The almighty god of thunder has definitely brought us some incredibly memorable moments to our screens. If you are a big fan of Thor and are wondering how to watch the Thor movies in order, you’ve come to the right place. The good news is that the timeline is pretty simple and there’s nothing too complicated about the Thor films!

Want to completely wrap your head around the entire MCU timeline? If so, check out our comprehensive guide on How To Watch All The Marvel Movies In Order. The god of thunder, Thor (Chris Hemsworth), is set to inherit the throne to all of Asgard from his aging father Odin (Anthony Hopkins). However, on the day he is meant to be crowned, Thor proves himself to be unworthy by reacting with brutality when Frost Giants, the enemies of the gods, enter the palace and violate their treaty.

Odin banishes Thor to Earth as punishment for this. This leaves his evil brother Loki (Tom Hiddleston) planning his sinister plots in Asgard. Back on Earth, Thor finds himself powerless and now faces his greatest threat yet. During ancient times, an evil race known as the Dark Elves existed and left nothing but death behind them. The gods of Asgard had fought and defeated them all those years ago. The gods took the elves killer weapon the Aether and made sure to bury it away in a secret location.

However, hundreds of years later, Jane Foster (Natalie Portman) ends up coming upon the Aether and now serves as its host. The evil Dark Elf named Malekith (Christopher Eccleston) is now after Jane which forces Thor (Chris Hemsworth) to bring her to Asgard before he captures her. If Malek gets his hands on the weapon he will destroy the nine realms including Earth. Thor (Chris Hemsworth) finds himself on the other side of the universe imprisoned on the planet Sakaar. He finds that he has very little time to make his way back to Asgard in order to stop Ragnarok, the destruction of his world and the end of the Asgardians.

Behind it all, is a new enemy more powerful than any before, Thor’s ruthless and rage-filled sister Hela (Cate Blanchett). If Thor cannot defeat her, the fate of Asgard has been forever sealed.

Check out these 10 Thor: Ragnarok Easter Eggs You Most Likely Missed. Thor (Chris Hemsworth) embarks on a journey to find inner peace, but his retirement is interrupted by the arrival of Gorr the God Butcher (Christian Bale), a galactic killer who seeks to wipe out all gods.

Thor enlists the help of King Valkyrie (Tessa Thompson), Korg (Taika Waititi), and ex-girlfriend Jane Foster (Natalie Portman), to take down this new threat. Together, they set out on a cosmic adventure to uncover the mystery of the God Butcher’s vengeance. 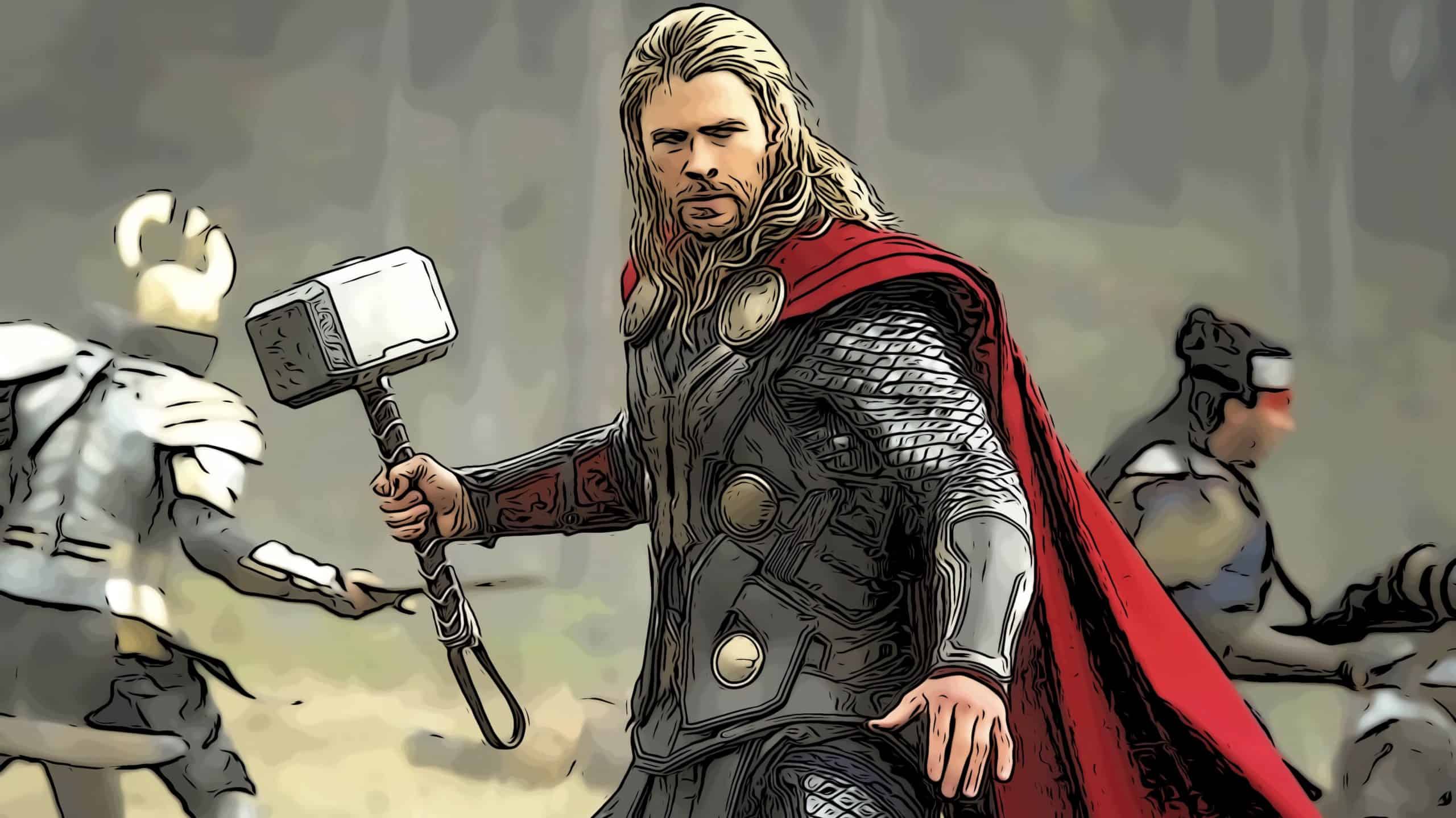