Where Was Jumanji Filmed?

Jumanji: Welcome To The Jungle gave us a more modernized version of the original Jumanji movie. Instead of it being a boring board game, it turned itself into a game console making it more enticing for teens to play in a technology ruled world. Sometimes when reviving great classics, the sequels or remakes never live up to the standard and just leave a bad taste in your most. But, this Jumanji was incredible, giving us a crazy action-packed and fun-filled adventure!

Something you may have noticed in the movie is the crazy scenery in which the film takes place in. With the film advances we’ve had in the past decade this movie definitely trumps the original with the scenery. If you are here then you must be asking the question, “Where was Jumanji filmed?” Well, we’ll be covering all the filming locations which producers used to make Jumanji: Welcome To The Jungle come to life! Just keep on reading and we’ll answer all your pressing questions regarding the movie’s filming locations.

Check out our post on the Best Dwayne Johnson Movies You Can’t Miss.

We’ll start off by naming some of the more broad locations used in the movie for those of you just looking for which countries or states were used! So it may not come as a surprise but nearly the entire film was shot in Hawaii! It definitely explains the Jurassic Park feel it has to it and just the overall beauty of the film’s scenery.

Hawaii wasn’t the only place used, though. Producers decided to shoot all the real-world scenes all the way in Georgia. If those were the answers you’re looking for then there you go, but if you want some more detail which we believe you do then don’t stop here! Now, the question is where in Hawaii and Georgia did the film-makers shoot this movie. Keep on reading and you’ll find all the details you need down below!

As you know there is a multitude of incredible and stunning Hawaiian islands. So which ones did producers pick for the film? They chose the gorgeous island of Oahu and shot most outdoor scenes there! A large number of scenes were shot at the Kualoa Ranch, which has the incredible mountains in the background and a vast ocean of greenery. Kawela Bay located in the Ko’olauloa District, Oahu also made it into the movie. Waimea Valley is another beautiful location that made it into the film. Lastly, Kapena Falls and The Judd Trail made an appearance in the movie.

For one of the more epic scenes in the film, we see some of the characters jumping off a waterfall while in the midst of a chase scene. For this, producers didn’t use Oahu, instead, they used Kawainui Falls which is located in Pepeekeo, Big Island.

Film-makers shot scenes containing the school and Alex’s house in Georgia while keeping most interior scenes shot in a studio. The studio used is called Atlanta Metro Studios. The exterior of Alex’s house can be found at 1646 Friar Tuck Rd NE, Atlanta, Georgia, USA. And last but not least, for Brantford High School producers used Westlake High School, 2400 Union Rd SW, Atlanta, Georgia, USA for any of those exterior shots.

We hope that we have managed to answer all your questions regarding the question “Where was Jumanji filmed?” If you think that we missed something then go to our contact us page and let us know! Just a reminder that some of these locations you can actually go and visit so if you are a hardcore Jumanji fan just keep that in mind! 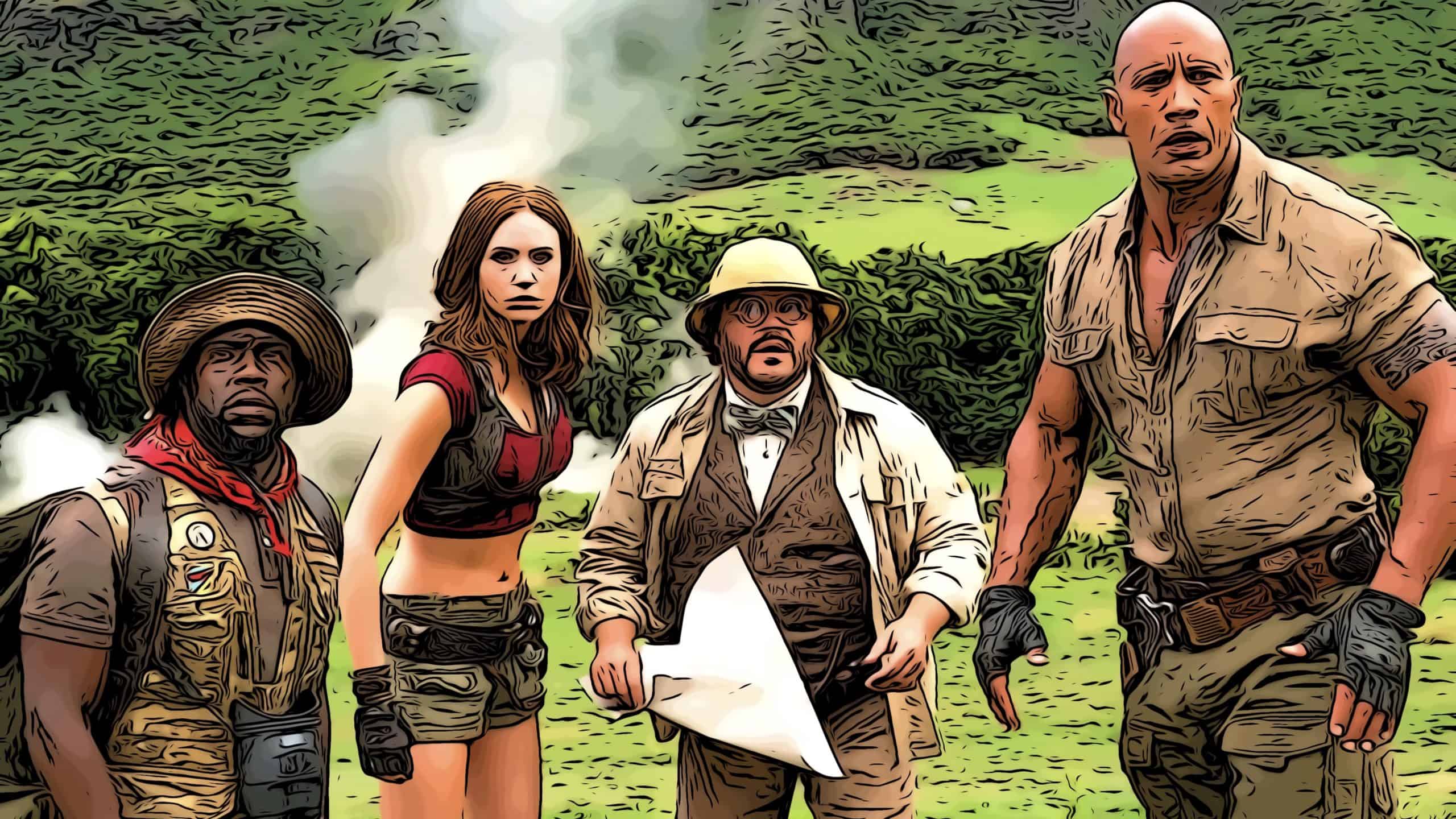