Time travel is one of the most fascinating concepts in movies. It’s a genre that allows filmmakers to explore different parts of history, and to imagine what could have been or what will be. So it’s only natural that this genre has piqued your interest, and that’s why we’ve put together a list of the best time travel movies. But with so many movies about time travel, it can be hard to know which ones are worth watching! That’s where we come in! Whether you’re a fan of drama, action, sci-fi, or even romance, there’s something on this list for everyone! So sit back, relax, and enjoy the ride through time.

Our Top Picks For The Best Time Travel Movies

A secret agent has only one word to go on as he travels through time, bending the laws of nature, and trying to prevent a Third World War from happening. He will have to be very careful if he wants to succeed in his mission. This word is his guide and will help him avoid dangerous situations. However, he still has to be cautious, as even a small mistake could mean the end of the world. With this in mind, he sets off on his journey, hoping for the best. 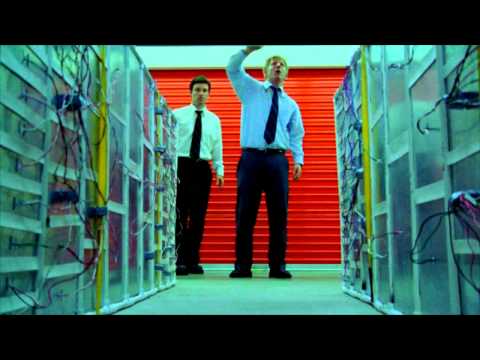 Two engineers, Aaron (Shane Carruth) and Abe (David Sullivan), believe that they have created a time machine by accident. They begin to test the device, but find out that their actions have consequences. As they continue to use the machine, they find that they can travel back in time, but their actions have changed the future. They must now fix the damage that they have done and prevent the future from being changed again.

Time travel is possible in the future, but it must be purchased on the black market by those who can afford it. Organized crime is a huge user of time travel. When they want to assassinate someone, they send them into the past, where a hitman awaits to complete the task. Joe (Joseph Gordon-Levitt) is one of these hitmen who are known as Loopers. Things are going smoothly for him until the day arrives when his bosses want him to close the loop by assassinating his future self (Bruce Willis). This event changes everything.

NASA has discovered a way to save humanity. A wormhole has opened within the solar system, offering a pathway to planets that could support human life. Cooper (Matthew McConaughey), a former NASA pilot, must travel through the wormhole with his team to determine which planet is best for humanity. If they fail, this may be the end of the human race. Cooper must now choose between his family and saving humanity.

David Raskin (Jonny Weston), a high school science nerd, is excited when he finds plans for a time-traveling machine left behind by his father. In the wake of learning about the machine’s potential, the group of friends begins experimenting with the machine. Now that they can see into their futures, everything appears to be brighter than ever – until they start to comprehend what it means to play God and the consequences that come with it.

A young physics genius, seeking to undo the pain of his broken heart, travels back in time. He changes the past and wins his girlfriend’s heart anew. But can he keep the new, improved relationship from unraveling? Only time will tell.

Back to the Future Movie Description

Doc Brown (Christopher Lloyd) invents the first-ever time machine. His friend, Marty Mcfly (Michael J. Fox), decides to test it out. Unfortunately, the experiment goes awry and sends Marty back in time to the ’50s. In the past, Marty realizes that there isn’t enough plutonium left in the time machine to send him back home. He must now find young Doc Brown and ask for help. However, if he interacts with anyone in the past who he knows from his own future, it could change everything.

The time-traveling temporal agent has always been chasing the bomber known as the “Fizzle Bomber” throughout time but has never managed to catch him. However, during a recent mission, the agent sustains a near-fatal injury that necessitates face reconstruction surgery. Following his recuperation, the agent is handed one final task: to prevent hundreds of innocent people from dying. However, this time around, the temporal agent may have some assistance in capturing the bomber.

The Terminator (Arnold Schwarzenegger), a cyborg human known for killing, is sent back in time from 2029 to 1984 to assassinate Sarah Connor (Linda Hamilton). However, Kyle Reese (Michael Biehn) is also sent back in time to protect her and destroy the Terminator. Due to the importance of Sarah’s unborn son in the future, Skynet has placed this target on her. If Kyle fails in protecting Sarah, then the human race may be doomed.

When traveling back in time, there are always dangers. While incarcerated in the 2030s, James (Bruce Willis) is offered a job that will send him back 40 years into the 1990s. Along with Dr. Rick Rainer (Madeleine Stowe) and Jeffrey Fenderson (Brad Pitt) they must search for answers on how to save humanity after a deadly epidemic has wiped out most of the planet’s population. However, their chances of survival may be fading away quickly.

An officer who has never seen combat, William Cage (Tom Cruise), is suddenly thrown into a battle against seemingly invincible aliens. Every day he is stuck in a time loop where he dies, but with each day his fighting skills improve. With the help of another soldier, Cage may finally have the chance to escape the time loop and win the war against the aliens.

In the Shadow of the Moon Movie Description

When a police officer becomes obsessed with tracking a serial killer who resurfaces every nine years, his hunger to become a detective threatens to destroy everything. The officer begins tracking the killer, but when their crimes defy all scientific explanations, his obsession becomes dangerous.

There you have it! Those are our top picks for the best time travel movies you can possibly watch! But 12 movies can’t be all the time travel movies there are right!? Correct! We know that 12 movies simply isn’t enough for you and if that’s the case, we’ve got you covered! Next up we’ll be listing all the other films we went through that were just barely beat out by the ones above. The coming movies are still great to watch even though they didn’t make our top picks, so don’t let that deter you! So, if you’ve seen all our top recommendations, then these should definitely be next on your movie watchlist!