Step Up Movies In Order: The Complete Guide - Endless Popcorn Skip to content

Step Up Movies In Order: The Complete Guide

How Should You Watch The Step Up Movies?

If you’re looking for a fun and exciting way to spend an evening, why not watch the Step Up movies in order? Step Up is a popular film franchise that follows the stories of a group of talented dancers as they compete against each other in stunning dance battles. The films are packed with amazing choreography, brilliant performances, and plenty of heart.

Plus, watching the Step Up movies in order is the perfect way to appreciate how the franchise has evolved over the years. So grab some popcorn, invite some friends over, and get ready to enjoy some of the best dance movies around!

Best Way To Watch The Step Up Movies In Order

Step Up Movies In Order Of Release Date

Now you know how to watch the Step Up movies in chronological order! It isn’t too complicated as you can see, it’s definitely easier than something like the Marvel films! It tend to get a bit difficult due to the title of the films when they aren’t number. Regardless, the above order is how we recommend you watch any film series as you get to see the proper order of events!

Now, we’ll be covering the Step Up movies in release date order. Not only will you find each films release date down below but you’ll also find their trailer, description, and even where you can watch them!

For most of his life, Tyler Gage (Channing Tatum) has been in and out of trouble. He is sentenced to 200 hours of community service mopping floors at the Maryland School of the Arts when he is brought before the judge again. Nora (Jenna Dewan), a brilliant ballet student, inadvertently catches Tyler’s attention when she attempts to perform hip-hop moves with her classical routines.

Nora successfully persuades Tyler to assist her with her dance activities, and sparks between the two quickly begin to fly. Tyler’s streetwise moves inspire Nora and she starts to see him in a new light. As they spend more time together, they begin to fall for each other. However, when Tyler’s criminal past catches up with him, he must choose between his old life and his new one.

Step Up 2: The Streets Movie Description

Andie (Briana Evigan), a street dancer, finds it difficult to adapt when she enrolls in the prestigious Maryland School of the Arts. However, she joins forces with Chase (Robert Hoffman), the hottest dancer at the school, and forms a dance group of misfits.

In addition to their shared love for dance, these misfit classmates are drawn to one another by an unrequited desire to become the best in their respective fields. They form a dance crew consisting of outcasts and train and compete in an underground dance event known as The Streets.

Luke (Rick Malambri) and Natalie (Sharni Vinson) are two street dancers from Brooklyn. The elite pair joins forces with a New York University freshman named Moose (Adam G. Sevani) for a high-stakes dance battle against the world’s finest hip-hop dancers. Regardless of the outcome, this will be a pinnacle point in each dancer’s life.

Newly arrived in Miami, Emily (Kathryn McCormick) is determined to become a professional dancer. She meets Sean (Ryan Guzman), the leader of a dance crew called “The Mob,” and falls in love.

When a wealthy entrepreneur threatens to displace thousands of residents with new rebuilding plans for the dancers’ neighborhood, Emily and Sean join forces with The Mob to transform their performance art into protest art. However, doing so may jeopardize her lifelong dreams.

Step Up: All In Movie Description

Sean (Ryan Guzman) has been struggling to make it big in Hollywood for a year, leading his dance crew to give up and move back to Miami. Sean decides to stay in Los Angeles to continue chasing his dream.

He hears about an upcoming dance competition in Las Vegas, so he teams up with talented dancers Andie (Briana Evigan) and Moose (Adam Sevani) to create a new crew. With some old friends and some new faces, Sean will give it his all to win the competition. 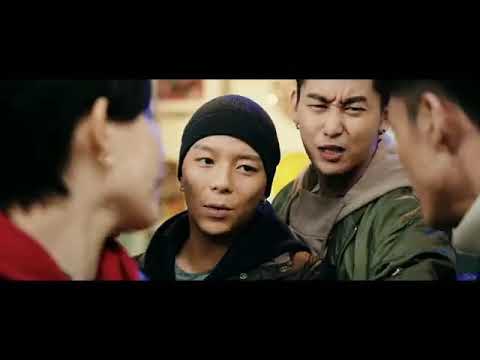 A group of young people from different social backgrounds in Beijing come together to form China’s best dance crew. They learn what it means to be family and support one another through thick and thin.

There you have it! Now you know both the chronological and release date order of the Step Up films! Now, all you have to do is go watch and enjoy them! But before you do so, check out what we have below! We have compiled a list of the most popular and frequently asked questions about the Step Up movies that you may end up having yourself!

Frequently Asked Questions About The Step Up Series

Step Up Movies In Chronological Order At A Glance

Step Up Movies In Release Date Order At A Glance

Step Up Movies Ranked From Best To Worst

Are The Step Up Movies Connected?

Step Up (2006) through Step Up: All In are all connected in the same series. However, Step Up China (AKA Step Up: Year Of The Dance) is a standalone installment to the series.

Yes, Step Up 2: The Streets serves as a sequel to the original Step Up film released in 2006.

Is There A Step Up 5 Movie?

Yes, Step Up: All In is the 5th installment of the Step Up series.

Which Step Up Movie Made The Most Money?

Step Up 3D was the biggest earner out of the series earning around $150 Million globally.

When Did Step Up 3 Come Out?

What Is The Correct Order Of The Step Up Movies?