There are many different creatures that have been imagined over the centuries with many of them making an appearance on our big screens. Some of the most fascinating creatures are Giants! There’s something just inexplicably exciting/terrifying when it comes to a monstrous 30+ foot humanoid or thing.

Which is why we are here! We’re here to provide you with a list of the best movies about giants that you can watch! There’s a bit of everything on this list so get ready for a night of great entertainment!

Bloodbottler, Fleshlumpeater, and other giants hound her as her friendship with the BFG grows. After going to London with the BFG, Sophie and he must persuade Queen Victoria to help them rid the earth of all evil giants.

One day, an American platoon discards chemicals in the South Korean Han River. A creature emerges from the polluted water and sinks its voracious jaws into local people several years later.

When the daughter of one of the local families is abducted by the monster, a vendor and his family come to believe that they are the only ones who can save her.

Three student filmmakers were investigating reports of illegal poaching which leads them to a man who slays trolls for the Norwegian government.

In 1957, a huge alien robot (Vin Diesel) lands in Rockwell, Maine, and Hogarth, a local 9-year-old boy, finds it. Hogarth forms an unlikely friendship with the machine after discovering it.

When Kent Mansley, a paranoid government official, becomes determined to destroy the machine, Hogarth and beatnik Dean McCoppin (Harry Connick Jr.) must do whatever they can to prevent him from doing so.

5.  The Ash Lad: In the Hall of the Mountain King 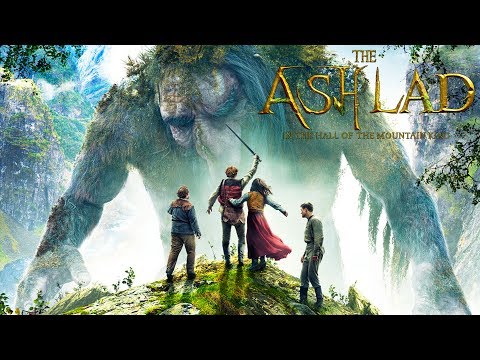 The Ash Lad: In the Hall of the Mountain King Movie Description

Espen (Vebjørn Enger) and his brothers set out on a dangerous journey to save the princess from the Mountain King and earn the reward that will save their family farm.

In the face of certain annihilation, mankind developed Jaegers, colossal machines designed to be piloted by pairs of humans linked together in a neural bridge.

But even the Jaegers were not enough to stop the Kaiju, and humanity was on the brink of defeat. Now, a washed-up ex-pilot, an untested trainee, and an old Jaeger are humanity’s last hope.

When terrible giants threaten to destroy her small town, a teenager must confront her worst fears in increasingly dangerous ways. She must find the courage to stand up to these monsters, or her home and everyone she loves will be destroyed.

As they enjoy their going-away party, a group of New Yorkers have no idea that they will soon face the most terrifying night of their lives. A colossal beast that is the size of a skyscraper descends on the city, leaving death and devastation in its wake.

The group uses a hand-held video camera to record their attempt to survive and escape as New York collapses around them.

Since the Monsterpocalypse, Joel Dawson (Dylan O’Brien) has been living underground with the rest of humanity. Aimee (Jessica Henwick), his high school sweetheart, has resided at an ocean colony 80 miles away.

They recently reconnected over the radio leading Joel to fall for her all over again. Joel knows there’s nothing for him where he’s at, and he decides to go out to Aimee despite all the frightening monsters in his path.

Ford Brody (Aaron Taylor-Johnson) is a Navy bomb expert who has just reunited with his family in San Francisco. He is forced to go to Japan to help his estranged father, Joe (Bryan Cranston), when Godzilla, King of the Monsters, rises from the sea to combat dark forces that endanger humanity’s survival.

The monsters create massive devastation in their path to their final fighting ground: San Francisco.

Just as they attempt to depart town, they become involved in a series of strange deaths and an investigation into unusual seismic activity led by a concerned seismologist. The group fights for its life against enormous worm-like monsters that want human flesh.

Conor (Lewis MacDougall) is facing more challenges than most boys his age. His mother is ill, and his father has relocated thousands of miles away.

But, when a Monster (Liam Neeson) appears at Conor’s bedroom window one night, he finds an unlikely ally. The Monster guides Conor on a journey of courage, faith, and truth that will change the young boy’s reality forever.

Jack (Nicholas Hoult), a young farmhand, has to face an army of giants that he thought only existed in legend after accidentally making a bridge connecting their worlds. Through his tireless fight for the kingdom and its people, he may become a legend himself.

A group of scientists, soldiers, and adventurers come together to explore an unknown island in the Pacific Ocean. Stranded on the island, they enter the realm ruled by the colossal Kong, inevitably triggering a massive confrontation between man and nature.

As their mission of discovery quickly turns into one of survival, they must fight to get away from this primordial land where humanity does not belong.

There you have it! The films are what we think will give you the best viewing experience on your search for the best movies about giants. However, we’ve got more! There are plenty of other films with giant monsters and creatures out there waiting to be watched by you.

So, if you’ve watched through all our top recommendations then these next films should be next on your watchlist. These movies are the ones that were just barely beat out by the ones up top, so yes they are definitely still worth a watch.