If you’re a fan of action-packed comic book movies, then the Hellboy series is one you’ll definitely want to check out. The films follow the adventures of Hellboy, a demon who was brought to Earth and raised by humans. He works for the Bureau for Paranormal Research and Defense, fighting against all sorts of evil creatures.

If you’re interested in watching the series but don’t know where to start, don’t worry – we’re here to help! This guide will tell you exactly how to watch all the Hellboy movies in order correctly. Let’s get started!

Here we will cover the Hellboy movies in order of their release date in more detail. You’ll find all the information you need such as plot, characters, where you can watch it, and other details about each movie in the franchise.

We typically recommend watching most series in the order of their release date, so this is the perfect guide for you to get started on your Hellboy movie marathon. In the last days of World War II, the Nazis tried to summon a powerful demon to help them defeat the Allies. However, they only managed to summon a baby Hellboy (Ron Perlman). Sixty years later, Hellboy continued to fight against evil forces as an agent of the Bureau of Paranormal Research and Defense.

Along with Abe Sapien (Doug Jones), a merman with psychic abilities, and Liz Sherman (Selma Blair), a woman with pyrokinesis, Hellboy defended America against evil. After learning about a professor in Japan who is possessed and sending dangerous creatures after a powerful sword, Hellboy and his fellow agents head to investigate.

Once there, they face off against the creatures and the professor, all while trying to keep the sword out of the wrong hands. 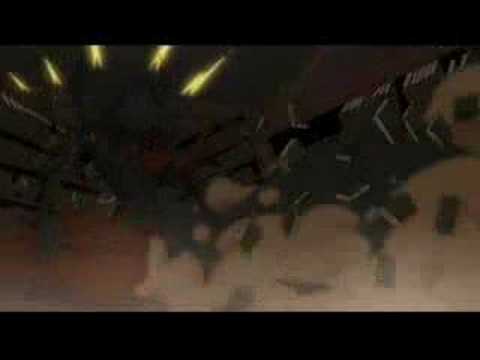 Hellboy and his fellow agents are called upon by Professor Trevor Bruttenholm to investigate a Long Island haunting and the possibility of a resurrected vampire.

They must use all of their skills to solve the case before the vampire can cause any more harm. The dark prince plans to resurrect an ancient, murderous army to make way for monsters roaming the earth. If Hellboy doesn’t stop him, mankind will be destroyed. Nimue (Milla Jovovich) the Blood Queen has long sought revenge for a past betrayal. When she encounters Hellboy (David Harbour), she sees her chance to finally exact her vengeance.

Hellboy is quickly caught in a battle between the supernatural and the human, and he must stop Nimue without triggering the end of the world.

Unlike the release date order, you’ll be starting with the animated Hellboy films if you want to watch them in chronological order. Also, it’s worth mentioning that the newest David Harbour Hellboy film isn’t part of this timeline order as it was essentially a reboot of the series.

Now that you know the basics, let’s dive into the Hellboy movies in chronological order: