Knights are a staple in the action/adventure movie genre. Whether it be defending the kingdom or rescuing a fair maiden, they always add a touch of heroism and excitement to the story. If you’re looking for some good knight movies to watch, look no further! In this blog post, we will provide you with a list of our favorite knight movies. So put on your armor, grab your sword, and prepare for an epic movie watching experience!

Our Top Picks For The Best Knight Movies

A group of Knights Templar fought fiercely to defend Rochester Castle against King John’s forces during the 13th-century. Prepared to die for what they believe, the small group of knights seems unstoppable against the never-ending waves of enemies.

William Thatcher (Heath Ledger), a peasant-born man, sets out to change his fate. Starting with winning the heart of a fair maiden. With the help of friends, he faces the ultimate test of medieval gallantry — tournament jousting. He must put everything on the line and go through hell for the small chance of going down a legend in history.

Jacques Le Gris (Adam Driver), a renowned knight known for his bravery and combat ability, assaults Carrouges’ (Matt Damon) wife. In an act of bravery that puts her life in danger, she steps forward to accuse her assailant, becoming one of the first to do so. Following the trial by combat, in which one man must face another in a fight to the death, God alone holds the fate of everyone involved. This is an epic tale of love, betrayal, and justice.

When Scottish patriot William Wallace’s (Mel Gibson) love is killed, he leads a revolt against the English. In the course of many bloody battles, he and his army make great progress into England– becoming a real threat to King Edward I’s rule. However, he is eventually captured and killed. Though his life was short, William Wallace left a lasting impact on Scotland’s fight for freedom.

Raiden (Clive Owen), a swordsman who had recently lost his master, discovered a father figure in Bartok (Morgan Freeman). Raiden leads a group of fighters against a sadistic ruler to avenge the death of Bartok, who laid his life down fighting for his principles.

Balian (Orlando Bloom), continues to grieve his wife’s sudden death. He decides to travel with Baron Godfrey (Liam Neeson) as a Crusader to Jerusalem. During the difficult journey, he comes into contact with King Baldwin IV’s advisers. Guy de Lusignan (Marton Csokas) is the leader of the group, and he wants him dead. Balian quickly realizes that Guy de Lusignan wants to wage war on Muslims for personal political gain. However, Balian also finds himself torn between his own religious beliefs and the reality of the situation in Jerusalem. Can he find a way to save the city from destruction? And what will happen to him if he does?

7.  King Arthur: Legend of the Sword

Arthur (Charlie Hunnam) was taken from his rightful throne by his uncle Vortigern (Jude Law), who killed Arthur’s father. Growing up in the city streets, Arthur had a hard life. But when he pulls the Excalibur sword from the stone, his eyes are opened to his true destiny. He must now fight to take back what is rightfully his and defeat Vortigern. With the help of his friends, Arthur has a chance to save not only himself but also the entire kingdom. 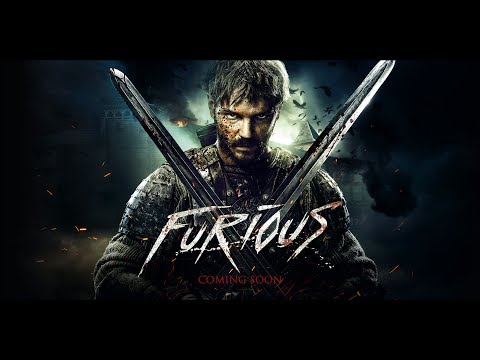 In the 13th century, a warrior led a small army against the overwhelming hordes of the Mongols.

Robert the Bruce (Angus Macfadyen), King of Scotland, is wounded and on the run from the English army. A widow and her family care for him as he recuperates, then join The Bruce in his quest to gain Scotland’s long-sought independence.

A skilled archer named Robin Longstride (Russell Crowe) journeys to Nottingham after the death of Richard the Lion-Hearted. The villagers are burdened by unfair taxation under the tyrannical sheriff. He meets Marion (Cate Blanchett), who has suspicions about Robin’s real intentions. After falling in love with her in order to win her affection and preserve the village, Robin recruits a band of fighters to combat the corruption. In doing so, they’ll quickly find themselves fighting for the liberty of all of England.

Well there you have it! Those films are what we believe will give you the best viewing experience on your search for the best knight movies! However, we understand that 10 movies simply won’t cut it for a movie fanatic like you! If that’s this case, we’ve still got you covered! We’ll be listing all the other films we went through that were just barely beat out by the movies up top! So if you’ve watched through all our top picks then these should be next on your knight movie watchlist!

17 More Of The Best Knight Movies You Can’t Miss