8 Of The Best Bank Robbery Movies Out There

Who else loves a good bank robbery movie!? We know we do! The movies on this list will meet every expectation you have for an exceptional heist film! Some of these movies take you for one hell of a ride and really screw with your mind. So, if you are searching for the best bank robbery movies, keep on reading and find out what we have in store for you! Because you will definitely want to watch them all! 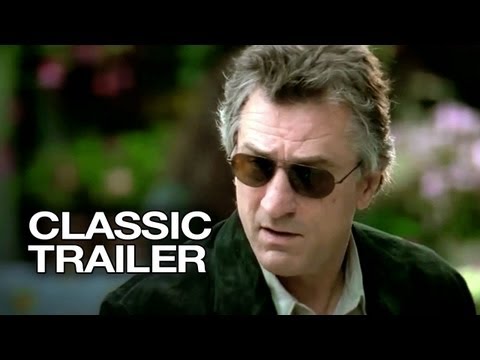 Arguably one of the best, if not the best, heist movies out there! The Score is simply one of those movies that are an absolute must watch! Bank robbery movies can’t get much better than this!

About to go into retirement from crime, Nick Wells (Robert De Niro) may have to put it on hold for one last heist. A new young thief needs Nick to help pull this heist off. However, he must first convince Nick, as his number one rule is to always work alone. If the two thieves team up, they might just have a chance to pull off this impossible heist.

One of the best movies of 2017 has to be Baby Driver! It definitely puts a different spin ( intended) on your classic heist movie! It is another must watch if you haven’t seen it yet!

Known as one of the most notorious getaway drivers out there, a young orphan named Baby (Ansel Elgort) may end up being in over his head. Not known to be much of a talker, and always having his earphones in playing music, Baby meets a stunning waitress that may make him want to change his career path. However, the crew he worked with on his last job may want to tie up loose ends, putting a kink in Baby’s plans.

Check out our post on the Best Ansel Elgort Movies You Need To Watch.

We’ve featured this film before, and it is absolutely amazing! It doesn’t use any of those high tech heist scenes and keeps things simple, like those old classic robberies! We highly recommend giving it a watch!

Two brothers go on a heist spree and are looking for revenge against the bank for foreclosing their family ranch. Toby (Chris Pine), who has a son and is trying to give him a better life, plans the heists with his brother Tanner (Ben Foster) to gather the money they need to save the ranch. A few heists in, Texas Rangers Marcus Hamilton (Jeff Bridges) and Alberto Parker (Gil Birmingham) begin to catch onto the brothers. As the Rangers close in, Toby and Tanner must now be more careful than ever if they want to pull off their final heist.

Here’s our post on the Best Chris Pine Movies You Can’t Miss.

This is the funniest movie on the list without a doubt! It can’t get much more entertaining than watching a group of old guys attempting to pull off the perfect heist! If you want a good bank robbery movie that’ll give you a laugh, go ahead and give this a watch!

Three elderly guys have been friends their whole lives. Willie (Morgan Freeman), Joe (Michael Caine) and Albert (Alan Arkin) decide that they need more money to retire and live a good life. The three friends plan on going out with a bang and pulling off an insane heist that will set them up for the rest of their lives. The catch is, they are too old and may not be able to do this alone. They are ready to risk it all to end the struggles their families are going through.

This movie gets you thinking more than most out there! It’s a very intelligent heist film that makes you wonder just how hard it actually is to pull off a perfect robbery nowadays! We highly recommend this one if you want your mind messed with a bit!

A bank robber (Clive Owen), has created a perfect plan for a heist. He takes everyone in a bank hostage and is always three steps ahead of anyone trying to thwart his plan. Detective Keith Frazier(Denzel Washington) makes it to the scene as the negotiator. However, the robber makes sure everything is on his terms. Soon after initiating contact with the criminal, detective Keith realizes that he has no idea what is truly going on and that the robber has been playing with him the whole time.

Check out our post on the Best Denzel Washington Movies You Can’t Miss.

This is an older film, but it still competes with the others on the list! Three Kings follows a group of soldiers! So, if you want a movie with a military feel that still includes heists, then this one is perfect!

A group of four soldiers decides to steal Saddam Hussein’s secret stash of gold after the end of the Gulf War. However, things go awry, and Sergeant Troy Barlow (Mark Wahlberg) ends up captured and tortured. The remaining three must now formulate a plan to rescue Troy, but some of them still want the gold.

Here’s our list on the Best Mark Wahlberg Movies You Need To See.

An absolutely action-packed film that makes you wonder who you can really trust! It also shows you just how powerful greed can be! So, if you want some non-stop action, go ahead and give this a watch!

In the middle of their getaway, gangster Irina Vlaslov (Kate Winslet) orders the crew to pull off another job as she is unhappy with the previous one. A crooked cop that’s part of the crew gets a new partner who may pose a threat as there is no way to corrupt him. Now, the team concocts a plan to make the new cop the scapegoat.

One of the most badass bank robbery films out there is Den of Thieves! The whole cast is just a bunch of beasts that keep you on the edge of your seat drooling for more action! If you want non-stop action, this one is a must watch!

A new crew of thieves is in more danger than ever now that they have Nick O’Brien (Gerard Butler) and his team on their tail. Nick and his team have never failed in capturing thieves, and criminals know them as the best of the best. What makes Nick so dangerous is that he doesn’t care about the law either and will do whatever it takes to capture or kill who he’s after. first and ask questions later, with Nick.