Here Are The 7 Dwarfs Names + Interesting Facts About Them

If you are here, you must be wondering what the names of the seven dwarfs in Snow White are. If that’s the case, then you have come to the right place. We have listed all 7 dwarf’s names with their pictures so that there is absolutely no confusion as to who is who. This is because some of these little guys look nearly exactly alike. We will also list some interesting things about the dwarfs, like how they ended up with their names.

What Are The 7 Dwarfs Names?

The names above are the 7 dwarfs names we’ve all come to know and love! But, did you know Disney actually had different names for the dwarfs before the film came out!?

The original 7 dwarfs names were going to be Jumpy, Lazy, Puffy, Burpy, Stuffy, Deafy, and Wheezy! But we, as well as most others, agree that the names they ended up choosing are better than the originals. Now, just keep scrolling and you’ll find out what each of the 7 dwarfs looks like, as well as some fun facts!

If you enjoy this post you’ll also want to check out our Ultimate Guide Of Disney Princesses!

First up for the names of the seven dwarfs we have good old Bashful. This Dwarf right here is known for his shyness! He is voiced by Scotty Mattraw in the 1937 film.

You can easily recognize Bashful with all the blushing and batting of his eyelids which he does throughout the movie.

Next up we have Doc. He’s the recognizable leader of the seven dwarfs. Doc is voiced by Roy Atwell in the 1937 film.

You can recognize doc quite easily as he is the only one in the group who wears glasses! He’s also known for his bossy attitude but in a good way, one that represents that of a leader.

The most childlike dwarf of the bunch! Dopey is known for his quietness and his affection for Snow White. In the film, Dopey is Voiced by Eddie Collins.

He is one of the more distinctive-looking dwarfs in the group. Dopey happens to be bald and wears his purple hat and is the only one who wears an oversized tunic.

Next up is the one with an attitude worse than a spoiled only child! Grumpy always has something to complain or argue about and will always say no to everything. He is also Doc’s nemesis! Pinto Colvig voices him in the movie.

You can easily recognize him just with his angry attitude! Or you can spot him with his red tunic on. But just a know-it-all attitude and pure stubbornness should be enough.

Now we have arrived at the opposite of Grumpy. This is the Dwarf who always has a smile on his face! Happy is known for his joyous outlook of the world and always having that smile on his face. Otis Harlan is the voice actor for Happy in the film.

With his big smile and his puffy body, you should be able to easily recognize this dwarf on screen!

This Dwarf lives the life we all wish we could be living. Sleepy is always sleeping! It doesn’t matter where he is, if he gets drowsy then there’s no stopping this dwarf from falling sound asleep! As well as Grumpy, Pinto Colvig does the voice acting for sleepy.

You can tell who sleepy is due to his droopy eyelids and just overall tired look. He looks like a teenager making his way to school in the mornings! Also, don’t let his tiredness fool you, he works just as hard as the rest of the dwarfs!

You probably would want to keep your distance from this one right here. Sneezy always seems to have some sort of cold and simply can’t stop sneezing! The sneezes always end up coming at the worst times too! Billy Gilbert voices this sickly dwarf in the film.

If his constant sneezing isn’t enough for you to recognize this one then there’s something wrong! At least he has his fellow dwarfs who help him through his constant sickness when they can.

1.  Snow White and the Seven Dwarfs 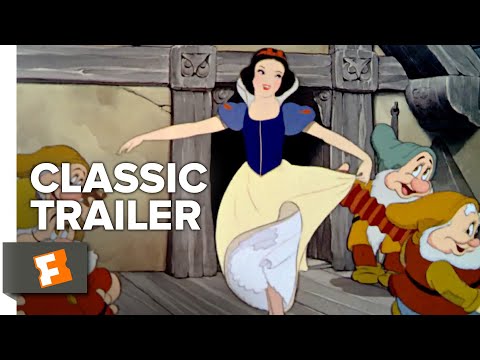 Forced into hiding by her evil stepmother, Snow White (Adriana Caselotti) meets seven dwarfs who become a part of her household. But when her stepmother shows up disguised at the door one day, she tricks Snow White into taking a bite out of a poisonous apple. She falls into a deep sleep, making it look like she’s died. The dwarfs lay her down inside a glass coffin where a prince arrives and wakes her with true love’s first kiss.

What are the Seven Dwarfs Personalities

Who Is The Leader Of The 7 Dwarfs?

Doc is considered to be the leader of the 7 dwarfs. Though he is a nervous leader and not very decisive, the other dwarfs still look up to him.

Who Were The Seven Dwarfs Named After?

In the Broadway adaptation of Snow White and the 7 dwarfs, the names of each dwarf were Blick, Flick, Glick, Snick, Plick, Whick, and Quee.

Walt Disney had named them after some of his animators! Their names were Eric Larson, John Lounsbery, William Cottrell, Ted Sears, Les Clark, Carmine Coppola, and Wolfgang Reitherman.

Who Is The Oldest Of The 7 Dwarfs?

Doc is the eldest out of all the seven dwarfs while also being considered their leader.

Who is Snow White’s Favorite Dwarf?

Dopey was Snow White’s favorite dwarf! Our favorite is Grumpy! Do you have a favorite?

Seven Dwarfs In Order Of Age (Youngest to Oldest)

The Original Snow White And The 7 Dwarfs

The Brothers Grimm version of the Dwarfs is a German fairy tale collected by the brothers Jacob and Wilhelm Grimm (Jakob, 1837-1898; Wilhelm, 1786-1859) in their Children’s and Household Tales. The story is about a young girl, Snow White, who must flee from her stepmother after being threatened with death. The girl finds refuge with the seven dwarfs in their house. But when this is not enough, she runs away and later returns to save her husband from death after being poisoned by the evil queen.

The Brothers Grimm version of ‘Snow White’ in its 19th-century context was an analogy for growing industrialization in Germany at that time, with the dwarfs representing the oppressed workers who are forced to flee from their oppressive factory processions.

Can you guess what the 7 Dwarfs names were at this time? They didn’t have names! That’s right! The seven Dwarfs didn’t get the names we know and love until many years and many different story iterations later!

That about wraps it up for the 7 dwarf’s names! Do you think the 7 Dwarfs names are really fun to say out loud like us? Have any of them surprised you with their background story or how they were portrayed in films over time? If so, let us know! Also, what was your favorite part about this blog post and learning more about these iconic Disney Snow White characters. It’s always interesting to learn new things, isn’t it! Be sure to share this article if you found it helpful! Thanks again for stopping by!