The Mummy Movies In Order (Release Date Order At A Glance) Best Way To Watch The Mummy Movies In Order

If you’re a fan of action-adventure movies, then you’re probably familiar with or at least heard of The Mummy series. The films follow the story of an ancient Egyptian princess who is awakened from her tomb and embarks on a quest for revenge against the people who wronged her.

If you’re interested in watching this series but don’t know where to start, don’t worry! We’re here to help. In this post, we’re going to show you how to watch all The Mummy movies in order so that you can follow and enjoy the story correctly. Are you ready? Let’s get started!

The Mummy Movies In Order Of Release Date

The Mummy series consists of three movies, released in 1999, 2001, and 2008, and a reboot series started in 2017. Watching the movies in release date order will allow you to follow the progression of the story and see how the films build on each other.

The following section of the article will guide you through The Mummy movies in release date order, providing synopses, trailers, and where to watch the films. So, sit back, relax and get ready for a thrilling and action-packed ride with The Mummy. In search of hidden treasures and lost history, a group of hunters set off an ancient curse when they stumble upon an old tomb.

An Egyptian priest, resurrected by the tomb’s discovery, now seeks to bring terror to the modern world. Imhotep the mummy returns more powerful than ever to search for immortality, while another evil grows stronger too.

Rick O’Connell (Brendan Fraser) and his wife are the only people who can stop them and save the world from their combined power. 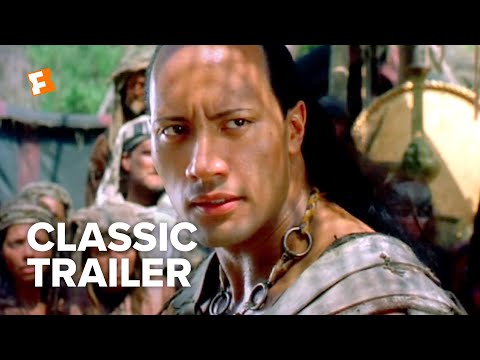 In the cursed city of Gomorrah, an evil ruler is wreaking havoc on the desert’s nomadic peoples. In their desperate search for a way to survive, the remaining tribes band together and seek out a brave assassin known as Mathayus (The Rock). Armed with powerful weapons and unparalleled courage, he sets out to eliminate the sorcerer and save his people.

4.  The Mummy: Tomb of the Dragon Emperor The Mummy: Tomb of the Dragon Emperor Movie Description

The Dragon Emperor (Jet Li) and his vast army are awakened by a young archaeologist who unwittingly releases him from his clay tomb.

The young archaeologist along with his famous parents must find a way to send the Emperor back to his grave before he can awaken his ruthless army and reign terror over the world. Nick Morton is a man who makes his money by plundering ancient sites for artifacts to sell to the highest bidder.

When he and his partner come under attack, they unintentionally unearth Ahmanet: an Egyptian princess who was betrayed and entombed thousands of years ago. As her powers are constantly evolving, Nick must now stop her from going on a rampage through London.

The Mummy Movies In Order Chronologically

The Scorpion King would make its way to the front as the first movie you watch in the series. So it isn’t too complicated to keep track of. All you have to do is watch the films in this order:

Now that you are familiar with how to watch The Mummy movies in order, let’s go ahead and cover some other frequently asked questions.

Is The Scorpion King A Prequel To The Mummy?

Yes, The Scorpion King is a prequel/spin-off of The Mummy franchise.

How Do I Watch The Mummy In Chronological Order?