It’s no secret that many people loved the films Legally Blonde and Clueless. In fact, they’re both some of the most iconic chick flicks of all time. So it’s only natural that you’re looking for more movies like Legally Blonde and Clueless! Well, you’re in luck! We’ve put together a list of 25+ hilarious films that will have you laughing out loud. So grab some popcorn and get ready to watch some seriously funny movies!

Most Similar Movies To Legally Blonde And Clueless

The graduating class of students gathers at a wealthy classmate’s home for a party. Preston (Ethan Embry), who is admired by Amanda (Jennifer Love Hewitt) from afar, hopes to move in on her at the party. William (Charlie Korsmo) plans to get back at Mike (Peter Facinelli) for years of torturous bullying, and Kenny (Seth Green) gets locked in a room with Denise (Lauren Ambrose). These are just a few of the interesting plotlines that take place in this film.

A clique of teenage socialites who killed their best friend, Liz (Charlotte Ayanna), on the morning of her birthday, conspired to hide the truth. They made over nerdy reject Fern Mayo (Judy Greer) and groomed her to take Liz’s place to cover up what happened. All the while Detective Vera Cruz (Pam Grier) has launched an investigation that will turn all of Reagan High School upside down.

Bridget Jones (Renée Zellweger) is getting ready to start a new year, and she’s determined to take charge of her life. She’s decided to keep a diary, which quickly becomes the most raunchy, hilarious book on her bedside table.

She will have an insatiable desire for travel and exploration, as well as a strong opinion on all things. Everything from exercise, men, cuisine, sex and everything in between. This will be a completely new life for Bridget Jones.

Olive (Emma Stone), a clean-cut teen, lies to her popular best friend about losing her virginity. The high-school busybody (Amanda Bynes) catches wind of this and begins to spread what she heard all over campus. Now Olive is notorious and known by everybody but for the wrong reasons.

Andy (Anne Hathaway) is a recent college graduate who lands a job at the prestigious Runway magazine. She is the assistant to Miranda Priestly (Meryl Streep), who is a well-known and devilish editor. It isn’t long before Miranda begins to break Andy down causing her to question her ability to survive her newfound job.

10 Things I Hate About You Movie Description

Kat Stratford (Julia Stiles) is a gorgeous, brainy, and confrontational young woman who has never really attracted the attention of many boys. Bianca (Larisa Oleynik) is her younger sister, and unfortunately for her, the house rules state that she can’t date until Kat has a boyfriend.

To fix her problem, she begins to make efforts to arrange the sour damsel up in a romantic relationship. When Patrick Verona (Heath Ledger) enters the picture, it’s as if a new era has begun. Will Kat allow her guard down long enough to fall for the charmingly smooth Patrick?

Romy (Mira Sorvino) and Michele (Lisa Kudrow) have been out of high school for nearly a decade. Despite their excellent relationship, both Romy’s and Michele’s professional and personal lives are still lacking.

When they hear about their high school reunion, they see it as an opportunity to demonstrate how much they’ve changed first by attempting to reform themselves, and then by fabricating a lie that grows out of hand. 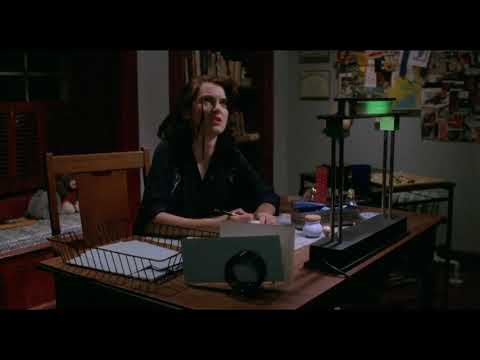 At her high school, Veronica (Winona Ryder) is part of the most popular clique but she doesn’t agree with the girls’ mean behavior. Veronica and J.D. (Christian Slater), confronted Heather Chandler (Kim Walker), the leader of the clique, and accidentally poison her while doing so.

Together, they decide that they should make it appear as if she had committed suicide rather than confessing their involvement in poisoning her. Soon Veronica realizes that J.D. is deliberately killing students he doesn’t like. She races to stop him while also dealing with the clique’s new leader, Heather Duke (Shannen Doherty).

She’s All That Movie Description

This movie follows the story of a young woman, Emma Woodhouse (Anya Taylor-Joy), as she lives in Georgian- and Regency-era England. Emma occupies herself with matchmaking in the lives of her friends and family – but often does so in misguided and meddlesome ways.

As her sister’s wedding looms in the near future, Samantha (Molly Ringwald) is consumed with angst about her own 16th birthday. She worries that she won’t be as exciting as her sister and that boys won’t find her attractive if she’s still a virgin.

Meanwhile, she has to constantly turn down the advances of Ted (Anthony Michael Hall), the only boy in school who seems interested in her. But the one she really wants is Jake (Michael Schoeffling), the older boy she’s been crushing on for what seems like forever.

The Plastics are a group of popular girls in school that Cady Heron (Lindsay Lohan), who just moved to the suburbs of Illinois, quickly learns about. The Plastics are so named because they are made up of girls who are pretty on the outside but not so much on the inside.

Cady starts to become friends with them but eventually realizes that they are not really her friends. The Plastics are catty, mean girls who will do anything to be popular. They are the kind of girls who would rather be popular than nice. And they will do whatever it takes to make sure that they stay on top of the social food chain.

Movies To Watch If You Liked Legally Blonde

Movies To Watch If You Liked Clueless

There you have it! The films up above are our picks for what we believe will provide you with the best experience on your search for the best possible movies like Legally Blonde and Clueless. It’s highly unlikely that you have seen all of these but on the off chance that you have, don’t worry, we’ve still got you covered!

Down below you’ll find a continuation of the above list that includes the movies that were just barely beat out by the ones above. So, if you’ve seen all our top picks then these should be next on your movie watchlist!