Movies Like Harry Potter (Top Picks At A Glance)

Fantastic Beasts and Where to Find Them(2016) The Chronicles of Narnia: The Lion, the Witch and the Wardrobe(2005) The Mortal Instruments: City of Bones(2013) If you’re a Harry Potter fan, then you’re probably always on the lookout for new movies that remind you of the wizarding world. We all know that the Harry Potter series is one of the most popular movie franchises of all time.

What you may not know, however, is how many other movies are out there that are strikingly similar to Harry Potter. In this post, we will introduce you to a few of our favorites. So grab your popcorn and settle in for a spellbinding ride!

1.  Fantastic Beasts and Where to Find Them So, among this list of movies like Harry Potter, this one is the most similar. Can you guess why? Well, it’s because the Fantastic Beasts is actually a prequel to the Harry Potter movies! Ya, that’s right!

These movies take place long before the time of Harry Potter. There are two of these movies, and a third will come out soon. They are both fantastic and deserve a watch!

Fantastic Beasts And Where To Find Them Movie Description

Newt Scamander (Eddie Redmayne), a young wizard with an obsession with magical beasts, finds himself stuck in New York. He has just come from a trip around the globe looking for magical creatures to add to his hidden world. Newt keeps all the creatures he has collected in his magical briefcase.

However, when Newt loses the case, and multiple creatures escape from it, New York is in for a big surprise. Now, Newt must hurry to recover all the creatures, all the while a dark force comes after him. Next, we have another epic fantasy on this list that delivers those same feelings of wonder as the Harry Potter films do! It’s the Lord Of the Rings series!

If you have seen these, then you know exactly why they are on this list. If you haven’t, then you are really missing out! Go ahead and give them a watch.

The Lord Of The Rings Movie Description

Frodo Baggins (Elijah Wood) now carries the fate of the world in his hands, but he doesn’t know it yet. A simple object, known as the One Ring, has the power to save the world, or destroy it if it falls into the wrong hands.

Every imaginable evil force looks for the One Ring in hopes of one day possessing its incredible power. Now, Frodo must protect the One Ring that he has inherited and has one of the most perilous journeys he has ever taken ahead of him. Imagine having a polar bear as a pet companion! Well, this girl has the luck of experiencing such an amazing thing!

This movie is absolutely wondrous and really takes you deep into a world of fantasy. Give it a watch if you haven’t already!

A young girl named Lyra Belacqua (Dakota Blue Richards) lives in a magical fantasy realm. In this world, the human soul takes the form of creatures called daemons. They are animal companions that stick by their human’s side through thick and thin.

However, evil Gobblers have begun to kidnap many children across this world. Lyra quickly sets out on a mission with her daemon and a group of partners to go and rescue the children and save the world from the dark forces at play. This wouldn’t be a complete list without Marvel’s very own magician! The movie speaks for itself plus it’s Marvel behind it so you already know it’ll be amazing! If for some weird reason you haven’t seen it, go and watch it now!

Dr. Stephen Strange (Benedict Cumberbatch) has lost all hope in modern medicine after a car crash left him unable to use his hands. After multiple failed surgeries and remedies, Strange turns to a more spiritual way to heal as a last resort. He find a place known as Kamar-Taj located in Nepal. He begins his training and quickly excels at it.

However, it isn’t long before he finds himself thrown into the middle of a silent war that threatens the very existence of humanity. He must now choose between his old life, or becoming something greater than he could have ever imagined.

5.  The Chronicles of Narnia: The Lion, the Witch and the Wardrobe Nothing screams magic and fantasy more than Narnia! This series is absolutely awesome to get lost in. It’s every child’s dream to wander into a magical land where anything is possible, and this series gives that to us!

The Chronicles of Narnia: The Lion, the Witch and the Wardrobe Movie Description

While staying at a secluded country house during WWII, one of four siblings finds a mystical wardrobe that leads to a magical land known as Narnia. She quickly shows her siblings what she found.

It isn’t long before they meet Aslan (Liam Neeson), a magical lion who enlists their help in the fight against the evil White Witch, Jadis (Tilda Swinton). This is one that all of you should remember, either from childhood or from you showing it to your own children. This movie is one of a kind and manages to get all the emotions in you flowing wildly.

If you haven’t seen this one, no matter what age you are, give it a watch!

Jesse (Josh Hutcherson) has always been sort of a loner and hasn’t had an easy school life. However, all that changes when he meets Leslie (AnnaSophia Robb), a classmate who seems to be just as much of an outsider as him. The two quickly become best friends and create an imaginary world they call Terabithia.

The magical place is home to a countless number of majestic creatures. The two rule the world of Terabithia as its King and Queen. However, when something horrible happens one of the friends struggles to keep Terabithia a happy and magical place as dark creatures begin to flood into it. Wouldn’t it be damn cool if you could actually train to be a sorcerer!? We wish this stuff was real, but it’s not so we’ll have to continuously live vicariously through movies like this to fulfill our fantasies!

The powerful wizard Balthazar Blake (Nicolas Cage) takes on a young apprentice in hopes of bringing out his true talents. Dave Stutler (Jay Baruchel) believes he’s just an average guy with nothing special about him, but, Balthazar sees differently.

Dave must continue his strenuous training if he wants any chance of helping Balthazar defend the city against a malevolent threat that may be too powerful for Balthazar himself.

8.  The Mortal Instruments: City of Bones How weird would it be to find out you’re a descendant of demon slayers!? It would be pretty cool, but mostly weird and terrifying.

We don’t want anything to do with demons so we’re happy to keep this as nothing more than movie fantasies.

Thrown into a world of chaos, Clary Fray (Lily Collins) uncovers she comes from an ancestry of Shadowhunters. A group of warriors which protect the human race from malevolent forces.

She finds herself among a group of Shadowhunter who are attempting to protect an ancient cup from demons. If they fail, they will have to watch the world burn.

This movie did wonders for the fantasy movie world back when it came out. For a moment, it will make you forget about reality and transport you to a different world.

We highly recommend giving this one a watch even if it’s just to reminisce on the past and feel a little nostalgia. We can’t believe it’s over ten years old!

Three siblings, Jared (Freddie Highmore), Simon Grace (Freddie Highmore), and their sister Mallory (Sarah Bolger), move to the Spiderwick estate with their mother. Soon after the move, the children quickly find out that this is no ordinary place. The three end up sucked into an alternate reality filled with magical creatures.

The family knows Jared as the trouble maker of the house. So when strange things begin to happen the blame falls on him. However, that all changes when some old secrets about the Spiderwick estate start to come too light. Kids with powers staying in a special type of school meant for them! How much more similar to Harry Potter could you want something to be! This is an awesome movie and if you haven’t seen it, change that now!

After the passing of his grandfather, Jake (Asa Butterfield) begins to uncover clues he has left that span through space and time itself. He finds himself at Miss Peregrine’s School for Peculiar Children, a majestic and magical place.

However, he quickly learns that the people there have a dark enemy they may not be able to defend themselves against. Jake begins to discover and hone in his own powers in hopes of helping his new friends against this evil force. This one is a little more tailored to the women reading this. However, we’ve gotta say, though this movie is a little cheesy we most definitely enjoyed it, even the men!

It’s a fun watch that transports you to a dark romantic fantasy world. If you haven’t seen this series give it a watch!

Bella Swan (Kristen Stewart), has never been one to fit in. She wasn’t expecting much after moving to her new school until she meets Edward Cullen (Robert Pattinson), a boy with a dark secret. He’s a vampire.

Bella is unbothered by this and strikes up a romantic relationship with Edward, which could have dire consequences for both of them. For the final of the movies like Harry Potter, we have Beauty and the Beast.

We have to say that Emma Watson and the rest of the cast did an outstanding job at making one hell of a live action movie! You definitely need to give this one a watch, we highly recommend it!

Beauty and the Beast Movie Description

A selfish prince may have finally found love which will, in turn, break the curse cast upon him. The curse has turned the prince into a horrifying beast and there is only one way to break it. The prince must learn to fall in love, and the love must also be returned.

When a stunning woman named Belle (Emma Watson) stumbles upon the castle, for the first time the prince may have acquired feelings for someone other than himself. However, he must act fast as he doesn’t have much time before the curse keeps him a beast forever.

These films above are what we believe will give you the absolute best experience if you are looking to watch movies like Harry Potter. However, there are many more movies out there that have that same fantastical feeling as Harry Potter that are ready for your viewing.

If you have gone through and watched all the films above then the ones coming up should be next on your watchlist. These movies were just barely beat out by the films above, so yes, they are still great movies to watch! 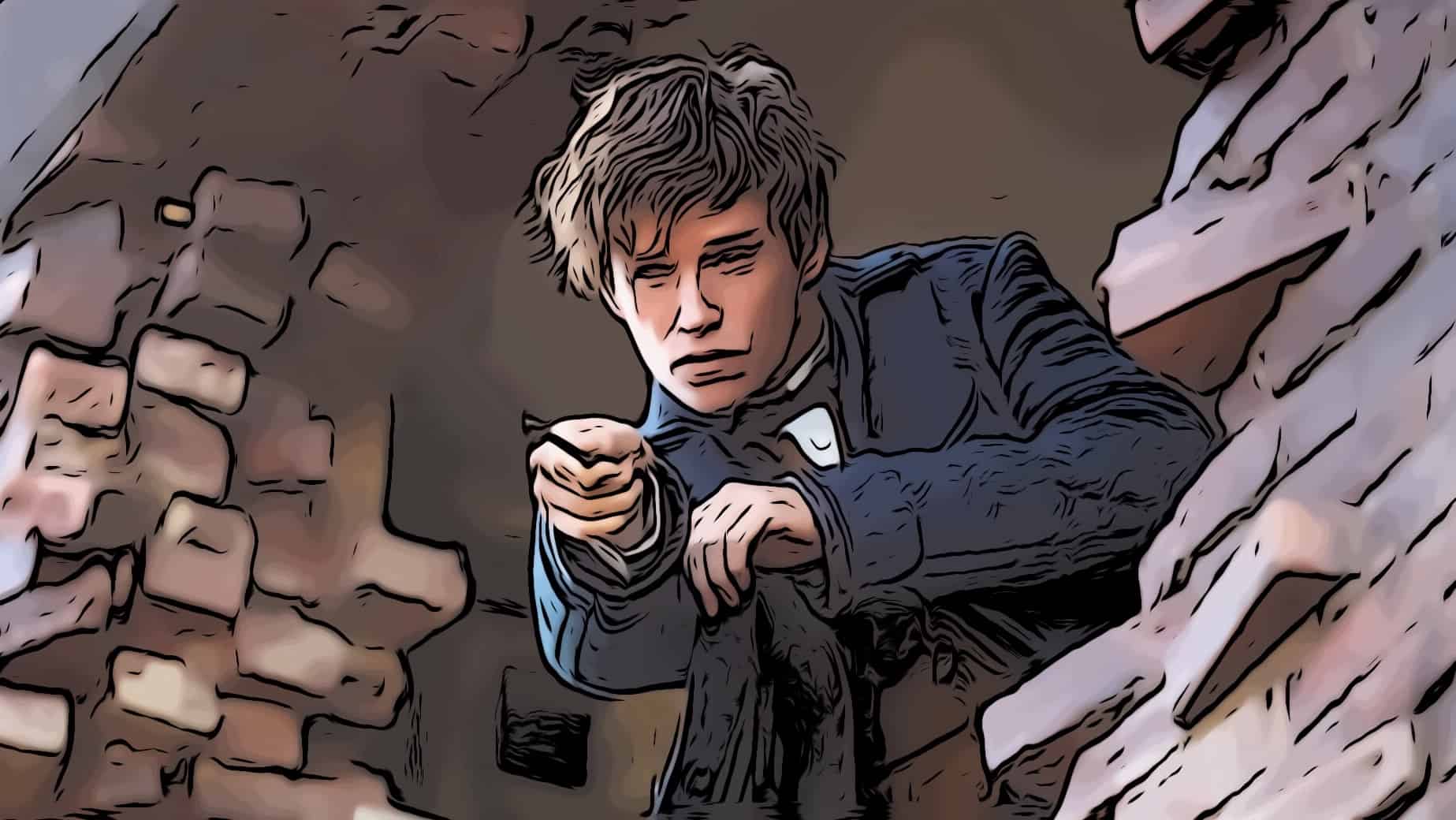